15 May The Birth of Western Psychotherapy

Posted at 7:07 pm in News by jlbworks

Psychotherapy has most assuredly been around far longer than we have had a name for it. And while there are many people who have practiced this talking cure throughout the ages, here we will look at the birth of western psychotherapy, beginning with the most commonly known figure, Sigmund Freud. 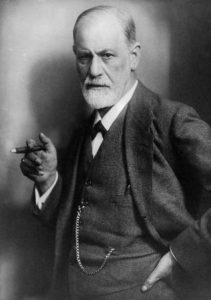 Sigmund Freud’s work is well known, and his name is commonplace for many people when they think of therapy. There may have been many to unknowingly practice psychotherapy before him, such as the support groups of family and friends, and while there are records of people who had an interest in the field long before him (Rhazes, among others), how we now think about psychotherapy was introduced sometime around 1886 in Vienna. Austria.

Freud began this work with a patient under hypnosis and instead of making suggestions to a hypnotized patient (as was common), he instead let the patient, known as Anna O., to describe her symptoms while under the hypnosis. This innovation led to the symptoms of the patient being reduced as she talked about them and their root causes.

The result of this was the beginning of the development of psychoanalysis. Freud saw the reduced severity in the patient and later that year began referring to his work as psychoanalysis. While Freud’s ideas about libido may have been revolutionary at the time, there were those in the field that disagreed. In the end, these disagreements cost these colleagues their friendships, it’s clear that their work, though separate, influenced each other greatly and the collaboration of this work was indeed the birthplace of modern western psychotherapy. 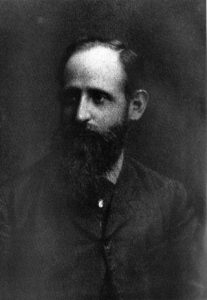 A friend and colleague of Freud, Josef Breuer, is not to be forgotten in the history of psychotherapy. It was his hypnotic practices, and introduction of Anna O. to Freud, that began Freud’s innovation of the practice. It’s thought that Freud only began his “talking cure” after visiting his friend Breuer and seeing his patient, Anna O.

As a mentor of Sigmund Freud, his work and introduction of his patient was the catalyst of Freuds work. Shortly after visiting with Breuer, Freud would go on to refine his clinical practice and the development of his new approach. As such, Breuer’s involvement was crucial to the recognition of psychotherapy as a valid and quantifiable approach to the problems of the mind. 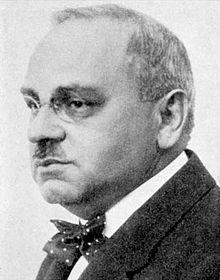 Alfred Adler was another well-known figure in the development of psychotherapy. Adler was invited by Freud to discuss and contribute to the development of the psychoanalytic approach in 1902. In contrast to Freud, Adler believed that the outside world could have the same impact as the world inside oneself. Around 1911, even though Adler had formally distanced himself from Freud, he began developing his own methods of treatment Referred to as “individual psychology”, Adler believed that exterior influences had as much, if not more, of an impact on someone’s psychology as their inner-self. This being the primary difference between himself a Freud, Adler’s contribution to the field cannot be understated. And again in 1912, another prominent psychotherapist, Carl Jung, had a falling out with Freud. Jung did not agree with Freud’s theory that the libido alone was the central cause of psychological issues, and instead insisted that the “Collective Unconscious” played a greater role.

The origins of western psychotherapy may have started with the likes of Freud and Breuer, their impact on the modern psychotherapy has evolved through many years of practice by many differing and prominent psychologists. And while the original, libido-driven, approach to thinking about it may have changed more than Freud would probably like, the end goal is always what is best for the patient.

The birth of psychotherapy as the western world knows it may seem distant but when considering other forms, it’s closer than you’d expect. It’s relatively recent discovery and research has been an amazing process by many psychologists from many backgrounds and disciplines. And this says nothing of the older practices of psychotherapy (for instance, Yoga was considered to have therapeutic purposes as far back as 200BC).

Many different theories about psychotherapy and its uses have arisen. From behavioral to holistic therapies, over the years it has become clear that there is no “one size fits all” for the application of therapy. Many different approaches to therapy exist, and more importantly co-exist, with each other. As such, many psychologists can and do use a multitude of approaches when helping their patients.

Throughout these years, the patient’s well-being has always been the core of any psychotherapy. And whichever theories of psychotherapy are prescribing to a patient, we can rest assured that the origins of them are founded in stone. From Freud’s innovative approach to Pavlov’s behavior research or Jung’s collective unconscious, psychotherapy has become a foundation we can all stand on.