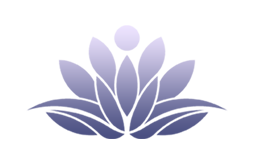 (These articles can be read at the bottom of this page)

My work in couples therapy and marriage counseling utilizes the theory and practices of Imago Relationship Therapy (IRT), developed by Harville Hendrix. I also draw extensively on the approaches of nationally known couples therapists with whom I have trained, including John Gottman, Ellyn Bader, David Schnarch, Terrence Real, and Esther Perel. Imago theory helps to explain how the choices we make, in whom we fall in love with, almost guarantee that we will eventually find ourselves in difficult and painful power struggles with our partners.  As Terrence Real has written, “We marry our unfinished business.”

Many couples have come for marital therapy while raising children, realizing that in part their focus on the children has subsumed their own emotional and sexual connection. Still other couples have come to me for marriage counseling when seriously questioning whether they should stay married, and from my help in either re-energizing their relationship or assisting them in separating and then rebuilding their lives. Successful couples therapy or marital therapy, in my experience, is partly the result of learning new communication skills which interrupt the universal tendency toward defensiveness, enabling each partner to become a better listener as well as feel more heard by one’s partner. Couples in conflict often keep trying to get the other person to change. We say and believe, “If only you wouldn’t be so…., we would get along better.” The coin of the realm in couples work is recognizing, “I’ve got to change my own reactions and reactivity, for things to get better.” In the following paragraphs I, as a Buddhist Psychotherapist, outlined some of the ideas which I drew upon in my therapy with couples:


(To read an article, just touch or click on it)